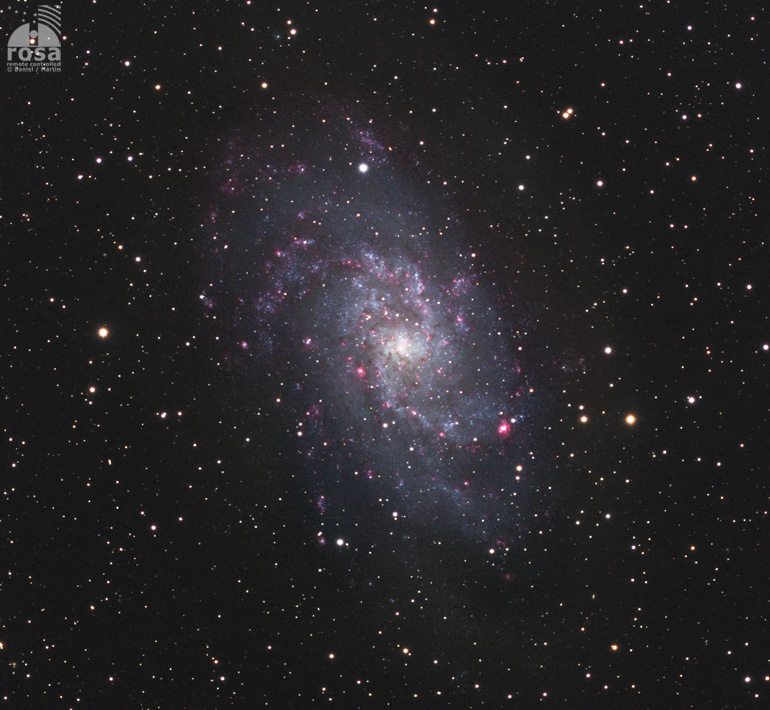 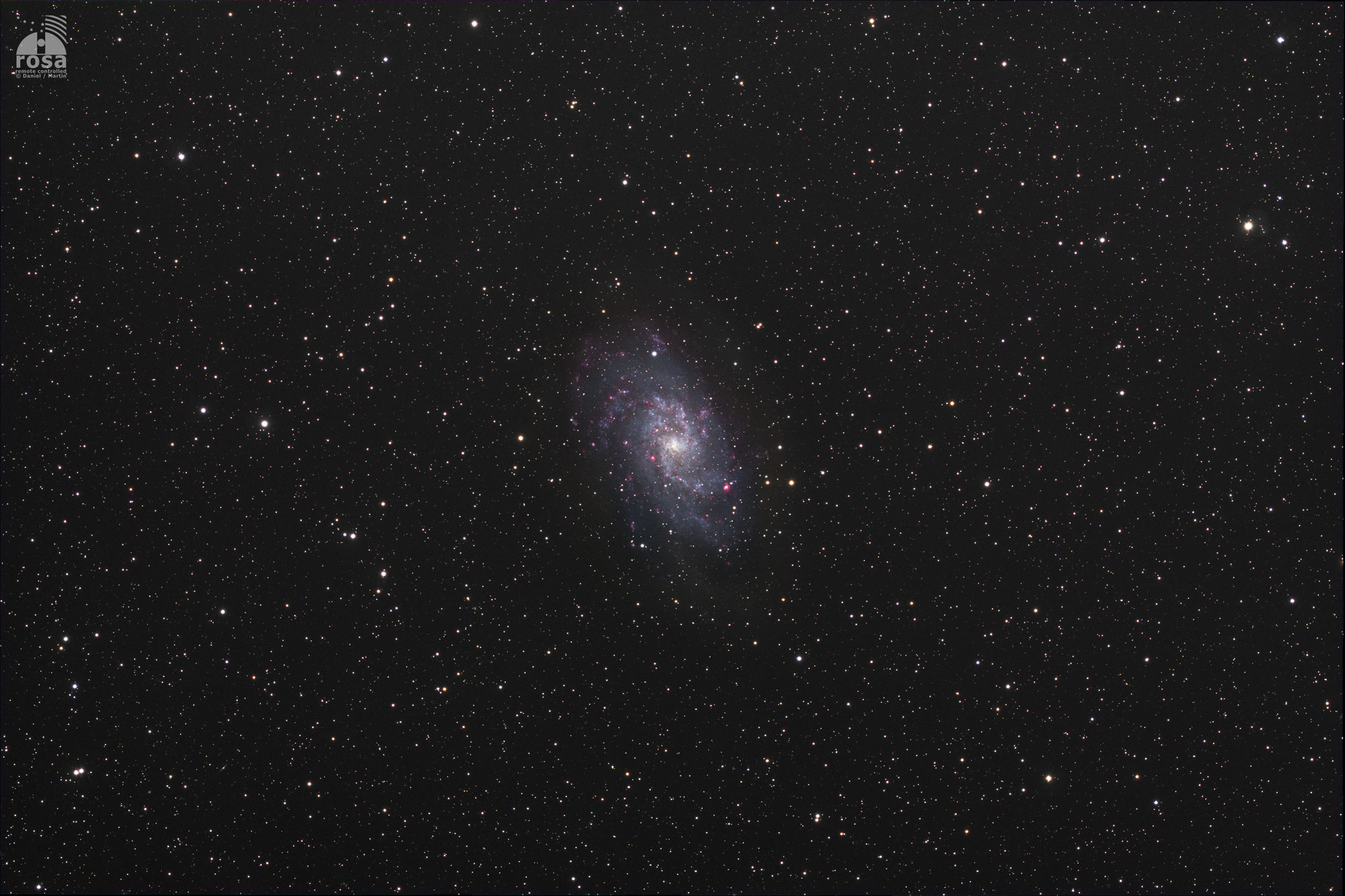 Mount: Paramount ME for FSQ and Losmandy G11 for Megrez 90

Comment: Widefield Image taken with FSQ and STL11000 at the Remote Observatory in Southern France, Martin took Halpha for M33 in Switzerland, near Zuerich. The Halpha image from the ST2000 was mixed into the Red channel from the STL11000 for 50%. The new R(Ha)GB was mixed into the existing RGB for another 60%.